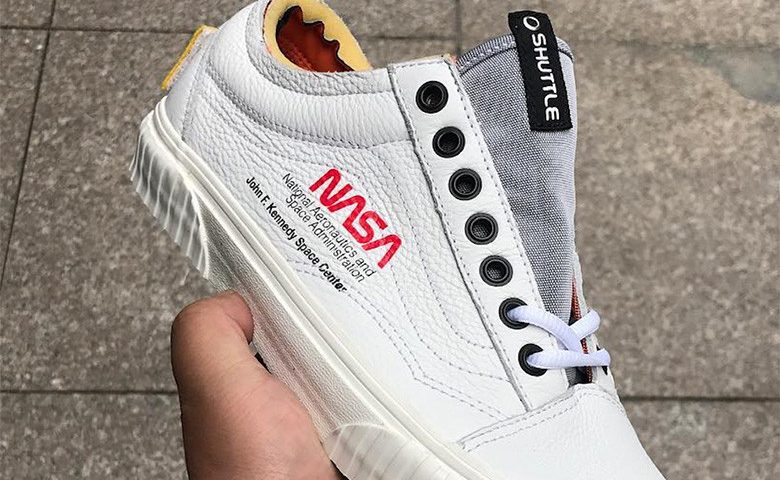 Back in April, the American manufacturer of skateboarding shoes and apparel surprised the world by teasing a possible collaborative with the United States federal agency known as NASA.

According to Footlocker UK’s release calendar,  NASA x Vans will release the Old Skool and Sk8-Hi MTE collaborative models on the 2nd of November this year. These 2 models will feature their original silhouettes in red/white/blue and white/blue/black space themed colourways. The collection will also feature removable American flag patches, space-exploration references such as “MISSION SHUTTLE” and out of the box sci-fi detailing. The collaborative collection will be appropriately named ‘Voyager’.

So far it has only been the Old Skool and Sk8-Hi MTE that has been announced to drop on the 2nd of November, with the release date of NASA x Vans apparel and the Vans slip-on models remaining unknown.