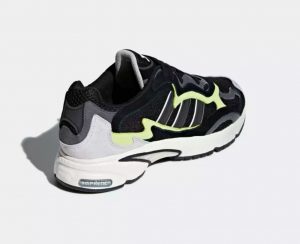 Last week, Adidas released 2 new colourways for their  ’90s throwback shoe: the Temper Run. The Temper Run was first released in 2014 but was quickly brushed aside after failing to impress with many claiming the silhouette was ahead of it’s time – well it’s now that time.

The return of the Temper Run is in tune with the current trend of chunkier runner trainers and is expected to fit in seamlessly. The 2 new colourways feature Core Black/Glow and Shock Purple/Glow and is constructed from their usual mix of suede overlay and breathable mesh. 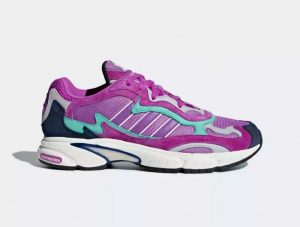 The Temper Run also has an ‘adiPrene’ infused EVA midsole to cushion and support your foot, while still remaining lightweight and comfortable. These shoes are complete with the Adidas signature three stripe’s and Trefoil branding on the tongue.

With more colourways expected to drop soon, be sure to get yours today from your local trainer supplier.